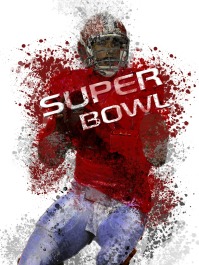 By now, you’ve probably seen and heard countless promotions mentioning “The Big Game”…but maybe you’ve never considered why they don’t just come out and say the actual name of the game.  Well, the term Super Bowl is a registered trademark owned by NFL Properties LLC.  And with advertisers spending $5 million or more on 30-second commercial spots for the Super Bowl, it’s little wonder that the NFL is so protective of its trademarks and copyrights.  (And, even if the price tag for an ad isn’t quite as high, the same is true for other big events and recognizable brands, such as the World Series, the Oscars, March Madness and the Final Four, the Emmys, the Grammys, and the Olympics.)

You might remember hearing about the Indiana church that received a cease and desist letter from the NFL related to its plan to project the game on a big screen and charge admission for a Super Bowl party in 2007.  Although it may seem harsh to go after a church, the letter (which had as much to do with the church’s use of the Super Bowl mark as it did with the church’s plans to show the game on a big screen) resulted in that church — as well as other churches that got wind of the letter — to cancel their plans.

Trademark owners have a duty to police their marks in order to avoid losing rights in the marks.  In other words, mark owners are legally required to protect against unauthorized uses of their marks, or they risk diminishing the value of their brands, damaging their goodwill, and weakening their marks and the value attached to those marks.  It would be pretty hard to justify the sponsorship fees and ad rates that “official” sponsors and advertisers pay if any of these mark owners allowed anyone else to benefit without having to shell out for that privilege.

And although sportscasters and news providers can say “Super Bowl” to talk about the game (thanks to a trademark fair use exception for criticism and news reporting), unless you are an approved, official sponsor, you’ll need to get creative instead of using the “Super Bowl” mark (or hashtag, for all you ambush marketer wannabes) to promote your products, services, or sales.

So, enjoy “The Big Game” and all of the “Star-Studded Red Carpet Events” during “Awards Season,” because “The Battle of The Brackets” in March will be here before you know it!